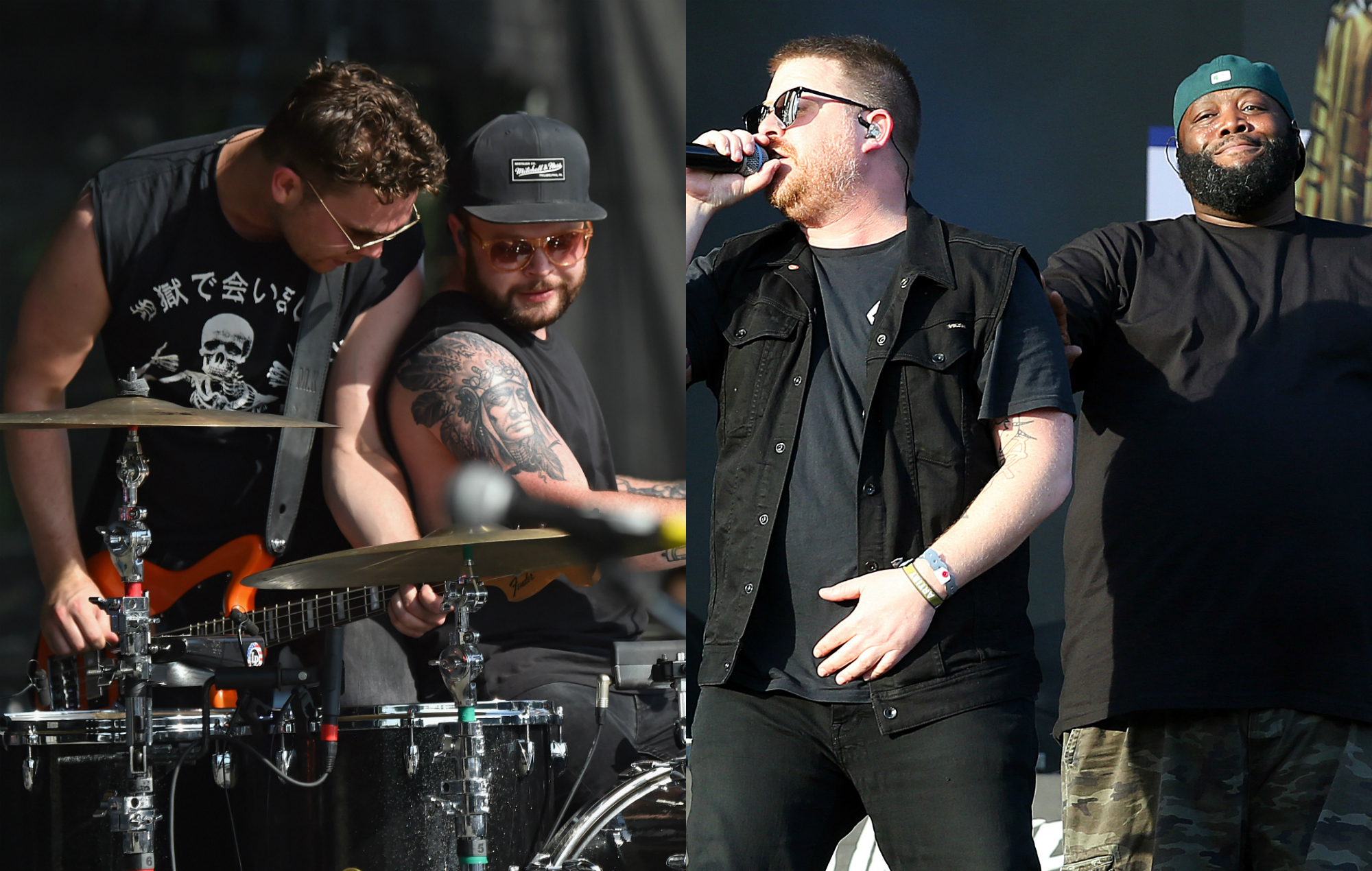 Run The Jewels have joined forces with Royal Blood for a new version of ‘The Ground Below’.

READ MORE: Run The Jewels – “The world’s gonna reset and then we’re gonna burn that motherfucker down”

The rap duo shared a brief snippet on Twitter last night (December 2), revealing that they’d revisited the ‘Run The Jewels 4’ track with help from the Brighton band (aka Mike Kerr and Ben Thatcher).

Released tonight (December 3), the new take on the song is described as “a defiant, powerful and completely overhauled sequel”. You can listen to it below.

RTJ’s El-P said: “We’re big fans of each other’s bands. A while back, we hung out and played each other songs we love – one of mine was Gang Of Four’s ‘Ether’, which I later sampled for the ground below.

“Mike and I thought it would be cool to get Royal Blood’s take on the ground below – we sent it off to them and they fucking killed it.”

The new collaboration comes after Run The Jewels debuted new track ‘No Save Point’ last month, which is taken from the soundtrack for new video game Cyberpunk 2077.

Meanwhile, Royal Blood are continuing to work on their third album after releasing its lead single ‘Trouble’s Coming’ in September.

Speaking to NME earlier this year, Kerr explained: “There are a lot more additional elements and luxurious production. It’s also a self-produced record. I know it’s traditional for a producer to push and challenge, but we felt like we were having people in the way.

The post Run The Jewels and Royal Blood team up for powerful new remix of ‘The Ground Below’ appeared first on NME | Music, Film, TV, Gaming & Pop Culture News.

Source: Run The Jewels and Royal Blood team up for powerful new remix of ‘The Ground Below’