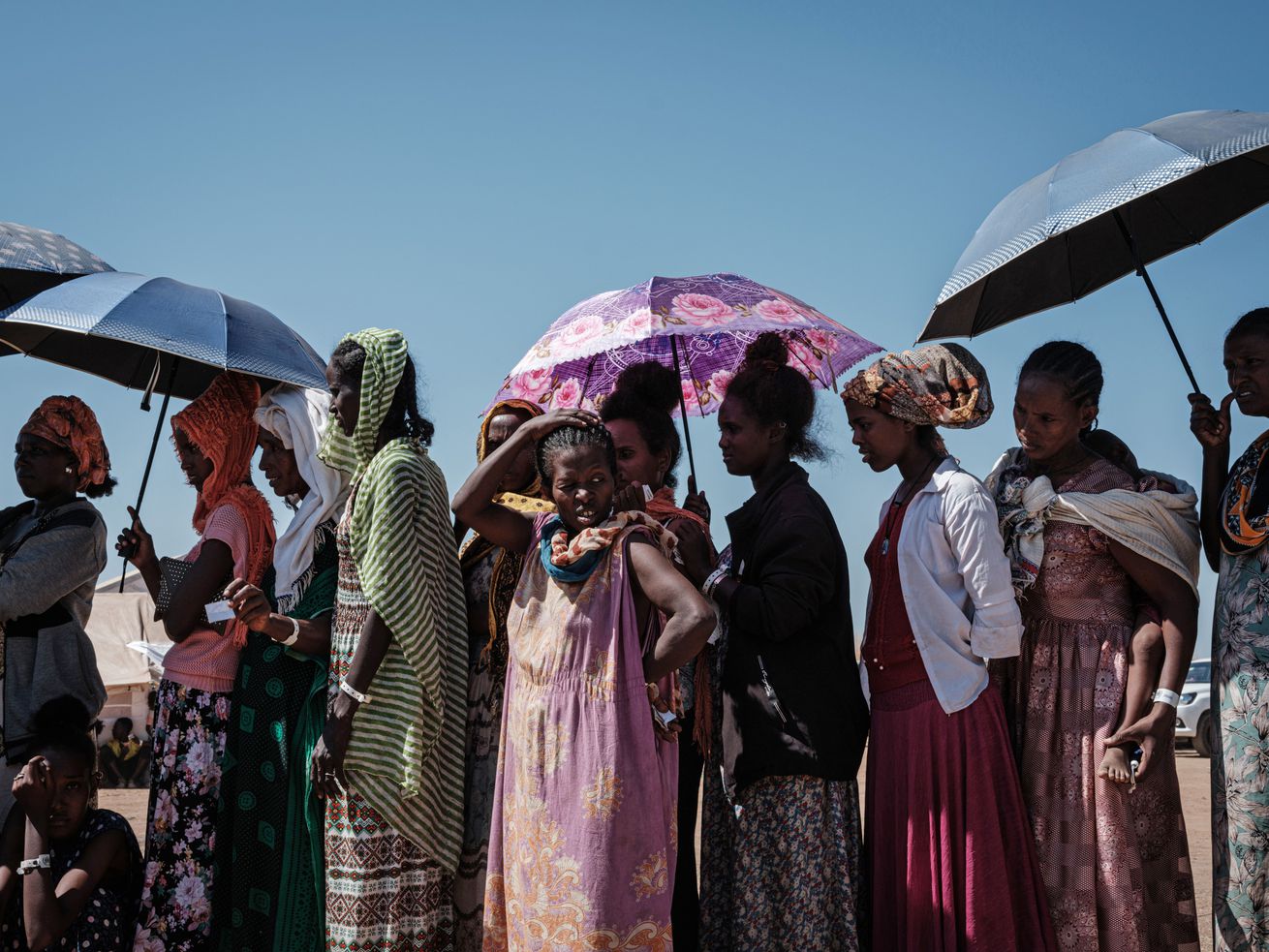 About 50,000 people from the Tigray region of Ethiopia have fled to Sudan.

Nearly 50,000 refugees from Ethiopia have fled to Sudan in recent weeks, according to the United Nations. They are crossing the border from Ethiopia’s Tigray region, which has been engulfed in fighting and violence since early November, when Ethiopia’s government deployed troops to the region.

Ethiopia’s prime minister, the Nobel Peace Prize-winning Abiy Ahmed, sent government forces to Tigray after claiming there had been an attack on a federal military base by the Tigray People’s Liberation Front (TPLF), the region’s ruling party that had also controlled Ethiopian politics until Abiy took power in 2018.

The TPLF denied playing a role in the attack, and accused Abiy of making up a story to bring the restive region closer under his control. Tensions between Abiy’s government and the TPLF have been boiling for months, but Abiy’s offensive escalated the conflict dramatically.

Abiy has claimed that federal forces were “fully in control” of Mekelle, the Tigrayan capital. But the TPLF has vowed to keep fighting, threatening to become a full-on insurgency. It also risks becoming a regional conflagration, potentially drawing in neighboring Eritrea.

What’s happening on the ground is extraordinarily difficult to track. A government-imposed communications blackout cut off the internet and phone lines, limiting access for journalists and humanitarian groups.

But firsthand accounts of violence have been trickling out from the tens of thousands of refugees who have fled across the border to Sudan — an average of 3,000 per day, according to the United Nations high commissioner for refugees. The humanitarian situation within Tigray is also worrisome: Some 100,000 Eritreans who live in longstanding refugee camps in the region have been cut off from food and other aid for weeks due to the fighting.

This is a refugee and humanitarian crisis unfolding in real time, amid a pandemic and a hunger crisis exacerbated by drought and locusts.

To find out more, I spoke to Jan Egeland, the secretary-general of the Norwegian Refugee Council, which is providing aid to the refugees who have fled to Sudan. Egeland had just visited Um Rakuba, a refugee camp in the eastern part of Sudan, and — over a somewhat shaky connection — he shared what he’d seen there and his concerns about the potential for a deepening catastrophe in the region.

Our conversation, edited for length and clarity, is below.

Um Rakuba is the camp [in eastern Sudan] close to the border [with Ethiopia’s Tigray region], where there are now 10,000 — I think we’re growing every single day — 10,000 Tigrayans. And, of course, we are overburdened and overstretched as one of the few aid groups operational here.

But much is now happening. In only five days, my NRC colleagues have created an entire school with five classrooms, now 10. They go in two shifts, so two shifts, with students from 1st to 10th grade. And it’s very moving. I attended some of the classes because refugee teachers are now teaching the refugee children in Tigrayan, and they are now recreating the curriculum with our help. They were doing subtraction and addition and multiplication today, it must have been third grade. It’s a sign that there is hope of better times.

So there are about 10,000 people in this camp. And are more people arriving?

People come every day, but fewer now than a couple weeks back, when there were more people coming to Sudan than a European country would get in a year. Sudan received more people in three weeks from Tigray than the United States is willing to take as its quota of refugees in a year.

And what are you hearing from the people who’ve arrived at the camp?

There was no doubt that the people in the camp have fled from violence, or fled because they fear violence. The stories are uniform of that. Their towns, their villages, and their communities are being attacked.

I’ve never seen a camp with so many men. A normal refugee camp has around 80 percent women and children, with at maximum 15 to 20 percent men. This one, the majority of the people are men. That’s because they are targeted for killing and repression because they are supposed to be associated with the Tigrayan fighting forces. But most of the people whom I met were students of mechanical engineering and from places outside even of Tigray. They were teachers, they were nurses, they were farmers.

So it’s very clear that violence has to end, and that there must be effective protection of civilians for people to contemplate return. What we seem to have is yet another longer-term refugee crisis — which we really should not have in Sudan, which already has 2 million internally displaced people from violence, and a million refugees, and a tremendous economic crisis.

Are those in the camp who fear violence, are they being targeted by Ethiopian government forces, specifically? It’s very hard to know what’s going on with the communications blackout.

Exactly, it’s often unclear exactly who attacked, and I would be very careful to convey here any of these allegations. We are humanitarians, we’re neutral, and we are seeking access to Tigray. The NRC is one of the few organizations that were active in Tigray. We were serving the Eritrean refugees in Tigray. Now we cannot even communicate with our own staff there, many of whom have also fled. We have nearly 100 aid workers in south Tigray, many of them also have fled the fighting that has been fierce in many parts.

Is there any sense that those Eritrean refugees in Tigray who’ve been there for a long time, since before this recent outbreak of violence, are also fleeing? Or any sense of their safety and status in terms of access to resources?

It’s likely that they are also being displaced. There are allegations of Eritrean forces within Tigray, and these are people who fled from Eritrea. But, again, the most important point here is that we need access. We need to be able to send in supplies to our aid workers, and supplies to the Eritrean refugees that we serve, and we need to link up with our local Tigrayan aid workers. We need access, and we haven’t gotten that so far.

We don’t refugees to have to wait to come to us in Sudan for aid. We want to have them in Tigray, and we’re willing and able to scale up our work inside Tigray.

How does Covid-19 factor in? What kind of additional precautions or concerns exist around the pandemic?

We are now giving cash assistance to each and every refugee family, with funding from the European Union. So they get the equivalent of $24 for a single person and $48 for a family, which is a very substantive donation that the family themselves can decide to use for what they need the most.

Now, as we do that, of course, we wear masks, my colleagues wear masks, social distancing, a lot of hand sanitation, and so on. The refugees do not have masks, and there are few signs of Covid among the refugees so far. But there is increasing coronavirus spread in Sudan at large. So we have to be extremely careful ourselves to not spread the virus to vulnerable communities that live very crowded in here.

Is the risk now that this becomes, as you say, a more permanent refugee crisis?

These children now in our school [at the Um Rakuba camp in Sudan], you know, will they [still] be there when they have grown up? I sincerely hope not. So we will want to discuss with the Sudanese possibilities for durable solutions so that they can get opportunities for work in Sudan. But the long-term solution is, of course, that they can return voluntarily, assisted and protected safely, to Tigray. But that would need a peaceful settlement to the conflict.