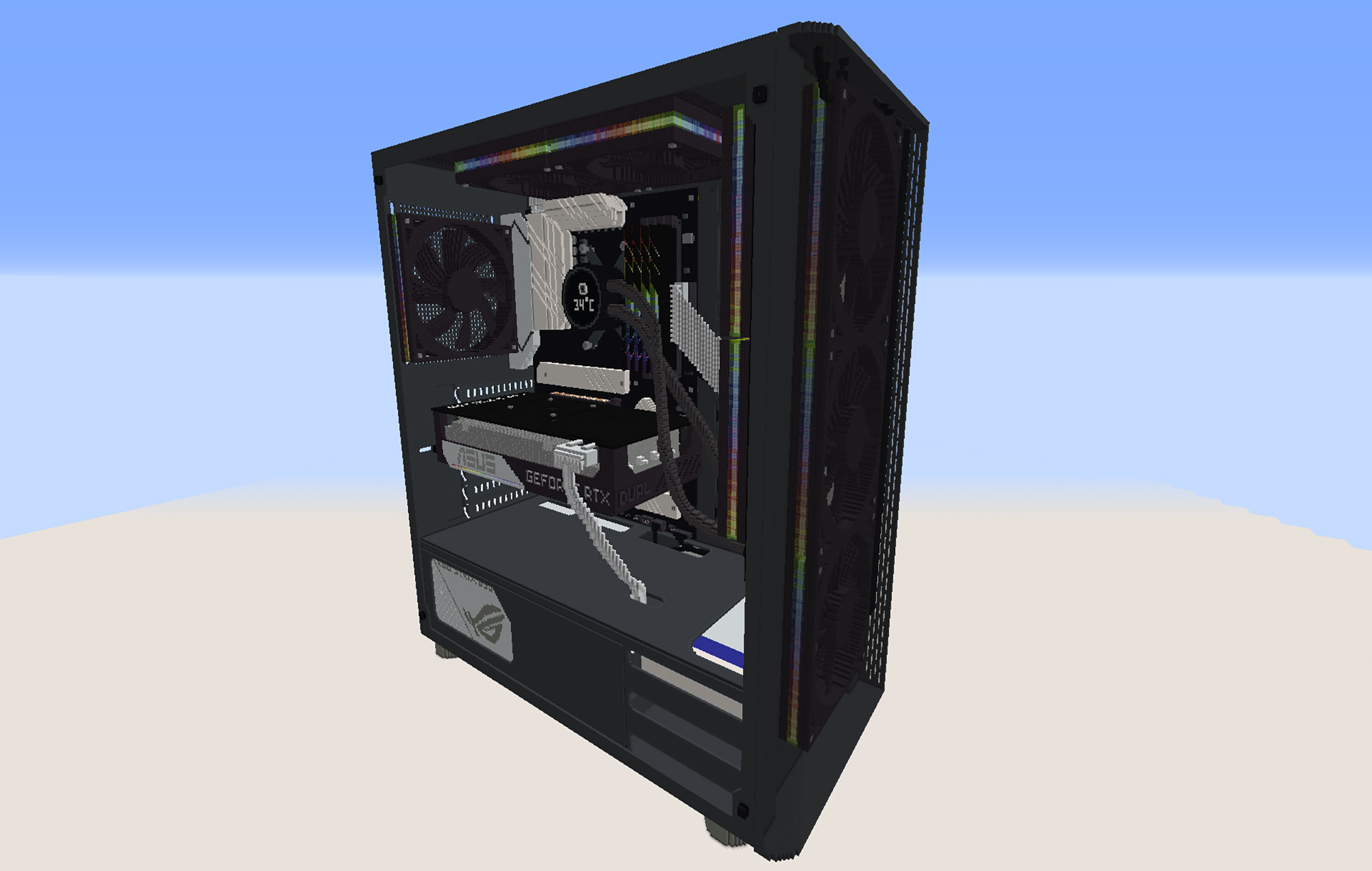 A Minecraft fan on Reddit has spent 45 hours building an accurate gaming PC complete with RTX 3070.

Reddit user AlanGeisse had previously created PCs in Minecraft but challenged themselves to build the ultimate fantasy computer, encompassing a high spec collection of hardware. The build includes a Ryzen 5 5600X CPU, 32GB of RAM, and an Asus ROG Strix 850 PSU.

Due to limitations on height in Minecraft, Alan had to work with an unusual scale of 2mm per block, which meant it was not as accurate as he hoped. However his post has gained considerable amounts of praise for its realism.

In a video exhibiting their achievements, Alan shows how the water cooling system allows players to functionally swim through, rendering the enormous structure an area for exploration as much as a feat of engineering.

The measurements were taken from Inkscape, a vector graphics software, where Alan had uploaded images of components. This allowed for a higher degree of accuracy, considering Alan’s actual PC build is an RX 570.

As with real PC builds, Alan found themselves hampered by the size of the case they had chosen, settling for the RTX 3070 instead of more higher-end hardware available. The case, a Thermaltake V200 TG, was easier to measure, according to Alan, as their actual PC was housed inside it.

Speaking to PC Gamer, Alan said: “I had not planned to do any other mega-construction in the short term, but I’m thinking about it”. Commenting on their Reddit post, when asked how much it cost, Alan replied, “Many clicks and a flat butt”.

Elsewhere in Minecraft news, many festivals are now being held in the game, spelling a new revival for live music during a difficult time.